First day in the garden and considering off grid living

Today the sun was shining, the birds were singing and my lovely hens were picking in the just turned soil, it felt like springtime had arrived. 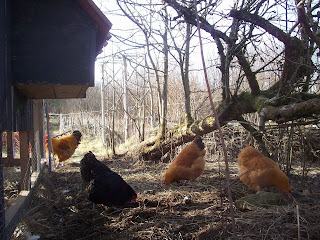 After the long dark winter I had longed to be outside in the garden again and finally that time has come. With the spade I turn the rich black soil up. My hens are just in front of my spade to snatch the worms that come up, the hen that gets the worm runs away followed by a very hungry troop, sometimes it´s looks almost like a rugby match. I love just watching the hens, they are so intelligent and clever and it´s very interesting to see how the pecking order works.
With February almost passed away I need to hurry to decide which crops I want to plants this year. It will not vary much from year to year, but the quantities change over the years and I try every year some new plants or verities. 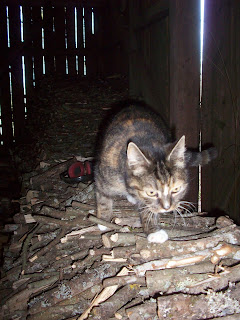 Our cats are also loving the warmer weather, hunting and clambring everywhere, even on our car :) 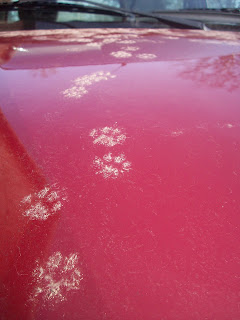 Despite of the dryness of last year we have still food left. It´s now a race against the clock to eat the last potatoes before they sprout, and there is still some fresh kale and brussels sprouts in the garden. In the pantry have we jams and canned tomatoes, berries and pears and some jars with pickles. When we run out off fresh food we can still eat from the dried beans and dried corn and maybe by then the first nettles have grown. 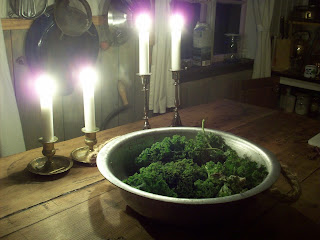 We have been cogitating for years about to go off grid in the future. All pros and cons must be weighted. Although we use only 125 kWh on a year, it´s something we are used to. Will it be functional to produce electricity for the computer and the phone with solar power? What will it cost? What will we spare by being off grid. This will be the main question's to seek out this year. It would be a big step in the right direction if we could produce our own electricity. Posted by Thea Degenkamp at 8:49 AM

Email ThisBlogThis!Share to TwitterShare to FacebookShare to Pinterest
Labels: farming